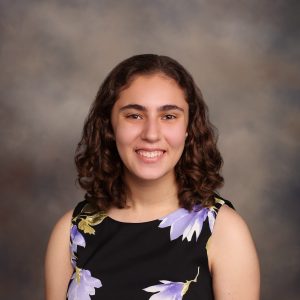 Healey is a sophomore in the Department of Physics in The Grainger College of Engineering. She is currently pursuing a degree in Engineering Physics and plans to work toward a minor in Mathematics and a minor in Spanish.

Healey has an excellent academic record. She has won the Commonwealth Edison/Beryl Bristow Endowed Award for being an outstanding Freshman in physics and the Office of Undergraduate Research Grant for her research studying black holes. Outside of school, she is involved in student organizations on campus. She is currently serving as Outreach Chair of the Society for Women in Physics (SWIP) and served as its co-Secretary last semester. As a member of the SWIP officers, Healey helps plan events and organizes Tea Times, in which a female physics professor has a conversation with members of SWIP. She also plays clarinet in the Marching Illini.

As a DaRin Butz Foundation Scholar, Healey will work with Prof. Helvi Witek. Her research project is entitled Scattering Black Hole Experiments. The goal of her project is to investigate the threshold between merging and non-merging binary black hole systems in order to expand the theory of general relativity with regards to black holes and quantum gravity. She will run numerical simulations for this research on the Blue Waters supercomputer using the open-source code The Einstein Toolkit. 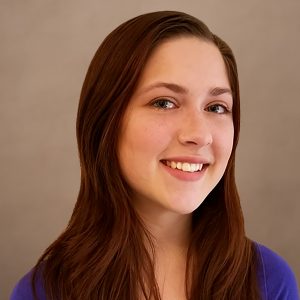 Elizabeth is a senior in the Physics Department in the School of Liberal Arts and Sciences. She also works very closely with the Department of Nuclear, Plasma, and Radiological Engineering.

In addition to her coursework, Elizabeth held an undergraduate research position at the Center for Plasma-Material Interactions, where she performed maintenance and data analysis on fusion device diagnostics. She now works at the Laboratory for Computational Plasma Physics, where she runs simulations of low-temperature, atmospheric plasmas.

She also serves as an undergraduate teaching assistant each spring for an introductory class in the Department of Nuclear, Plasma, and Radiological Engineering.

As a DaRin Butz Foundation Research Scholar, Elizabeth has been working with Dr. Davide Curreli and Dr. Mohan Sankaran, under direct supervision of graduate mentor, Shane Keniley. Her project is entitled, Simulating the Gas Phase of Plasma-Water Interactions. The goal of her project is to model chemical behavior at plasma-water interfaces, using code available in her mentor’s lab. 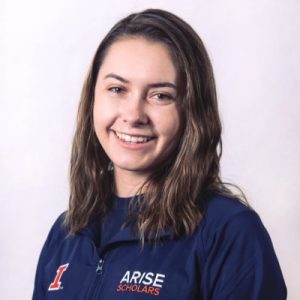 Adia is a senior in the Department of Electrical and Computer Engineering (ECE) in The Grainger College of Engineering. Currently, she is pursuing a degree in electrical engineering with a minor in Mathematics.

Her research experience includes working in Dr. Holly Golecki’s lab for the past year and a half and participation in a summer research internship at Sandia National Labs. Her project is focused on developing biodegradable actuators that can be implemented inside the body and developing nanoscale actuators for tissue sampling.

As a DaRin Butz Foundation Research Scholar, Adia will work with Prof. Holly Golecki to further develop these actuators. She will be presenting some of her work at the BMES and MRS conferences this fall. 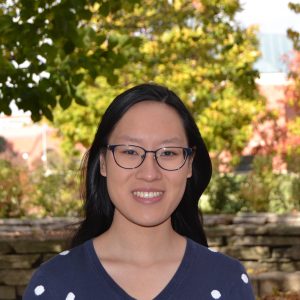 Karen is a senior in the Department of Materials Science and Engineering in The Grainger College of Engineering. She is also minoring in Electrical Engineering where she is primarily interested in semiconductor device fabrication and performance, especially as it relates to photovoltaics.

In addition to undergraduate research experiences in both the Department of Materials Science and the Department of Electrical Engineering, she has interned for NASA where her work in scientific ballooning has resulted in an AIAA conference paper as well as for Sandia National Labs focusing on solar panel degradation behavior. Last summer, she was advised by Prof. Mark Hersam at Northwestern University with the NSF funded REU program where she focused on characterizing the opto-electronic properties of 2D semiconductors. On campus, she has been involved with the Society of Women Engineers for the past 3 years and was on the central committee with EOH.